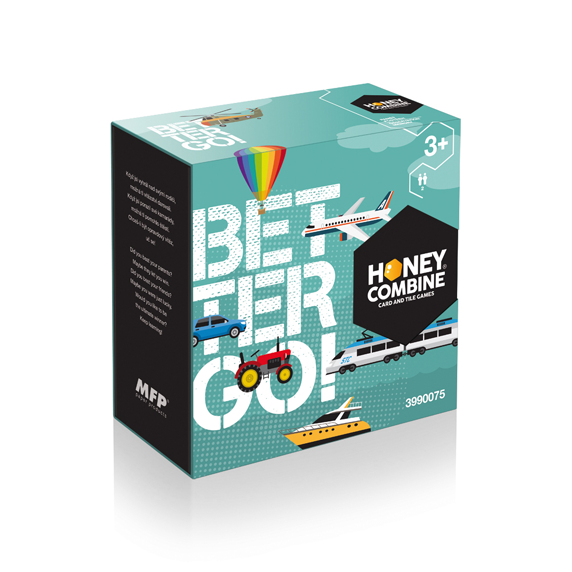 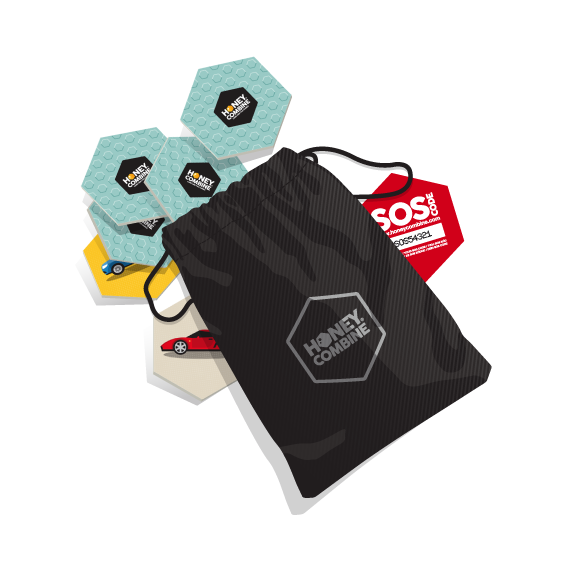 A tractor will always be a tractor and a submarine definitely cannot fly. Play the classic Find a Pair game but with a twist. Here, you will need your brains as well as your eyes. The young ones can play a simple card game with the same tiles. Just match the means of transport that swim, ride or fly. Let the battle of water, land and air commence!

In the BETTER GO! memory game, the tiles are shuffled and placed face down in any shape or order on the playing surface. After deciding or drawing the playing order, the first player flips over two tiles so both players can see them. If the tiles depict two different modes of transport (tractor & plane), the player then flips them back over face down and his opponent takes his turn. If the pictures on the tiles depict the same mode of transport (tractor & tractor), the player takes them and continues playing for as long as he succeeds in finding pairs of the same mode of transport. When all the tiles are taken both players build a tower with their tiles and the player with the highest tower becomes the winner of the BETTER GO! memory game. A different version of this game can be played when pairs are considered to be not only tiles depicting the same mode of transport but also modes of transport belonging to the same group SWIMS - RIDES - FLIES (yacht & submarine, tractor & scooter, rocket & helicopter).